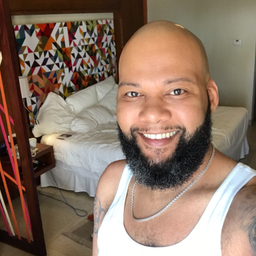 cturner630 Subscribe Unsubscribe 5897
15542594
5897 2052
You have already voted for this video.
Charles Turner Periscope User Stats This is Charles Turners periscope stats website page.
Charles Turner Periscope User Stats
http://www.periscope.tv/cturner630
This is Charles Turners periscope stats website page.
Charles Turner created profile on 2016-07-14 Time 21:28:26 and last update profile time is .
Charles Turner total followers is 5897 and Charles Turner total following is 2052 .
Charles Turner twitter nickname is .
Charles Turner is Amazon wishlist: http://a.co/b7KJ4D2 Tip Jar: paypal.me/charles1love Cash App: $Cturner630 [email protected]
Periscope About
Just over a year ago, we became fascinated by the idea of discovering the world through someone else’s eyes. What if you could see through the eyes of a protester in Ukraine? Or watch the sunrise from a hot air balloon in Cappadocia? It may sound crazy, but we wanted to build the closest thing to teleportation. While there are many ways to discover events and places, we realized there is no better way to experience a place right now than through live video. A picture may be worth a thousand words, but live video can take you someplace and show you around.
Twitter is hoping to broadcast lectures and other academic content via its Periscope live video platform after a successful experiment at University College London. A lecture by Daniel Miller, professor of anthropology at UCL, attracted about 2,700 views when it became the first lecture to be streamed under a partnership between Twitter and a higher education institution. A girl wearing a backpack with a smiley face on it Is Snapchat the new Twitter on campus? READ MORE During the broadcast, accessible via mobile phones and tablets, viewers were able to connect to the lecture by posting messages or sending “hearts” to show appreciation. Professor Miller told Times Higher Education that he was pleased to have shared his research with a wider audience. But he conceded that his first Periscope lecture, from an MSc course in digital anthropology, had also highlighted some potential shortcomings of the platform in terms of the effect on students attending the lecture in person. “This particular class, which is known to be reasonably interactive and vocal, was clearly intimidated by this kind of idea,” Professor Miller said. “I’m more used to going out to thousands of people – they are not – and I think they were not as interactive as one would have wanted.” Professor Miller also said that there had been “some trolling” on the comments, and that the issue of how fee-paying students felt about course content being given away free needed to be addressed. But he argued that, while this particular medium might be better suited to shorter clips, academics had a “clear responsibility” to reach out to audiences that might be interested in their work. “If you have an audience that has already tended to coalesce around a particular platform, then you use that platform to reach that audience,” he said. “I want to get to a variety of audiences and, if Periscope is now established with an audience, then I would absolutely use it.” Lewis Wiltshire, Twitter’s senior director of media partnerships, suggested that the social network would be keen to stream more lectures and other academic content. “Periscope transports viewers to unique locations around the world to see compelling content in real time, which is why the app can be used as a highly engaging and creative educational tool,” he said. “We hope to continue developing a presence in the educational space, reaching new student and teacher audiences.” Professor Miller’s lecture was based on the Why We Post research project, which saw nine UCL anthropologists spending 15 months living in eight communities around the world to explore how social media is impacting on daily lives. The findings have also been made available through more than 100 films, a massive open online course, and 11 open access books. Perisearch,Periscope Profile

253
#groovelounge finally got to print these shirts for tomorrow then who knows?! Let’s vibe!#Beardgang #Gayscope #love

386
#groovelounge should be finishing up the shirts today. More prints for sale too! Let’s vibe! #Beardgang #gayscope #love

317
#groovelounge about to work on a new order. But might rearrange my space. Quick scope... #beardgang #gayscope #love

271
#groovelounge back at it working on some tshirt orders. Let’s vibe! #Beardgang #gayscope #love

472
Got all my stuff for this order. Printing shirts and caps. Let’s vibe! #Beardgang #gayscope #Love

184
#groovelounge working on a 20 mug order and who knows what else lol. Let’s vibe! #Beardgang #gayscope #love