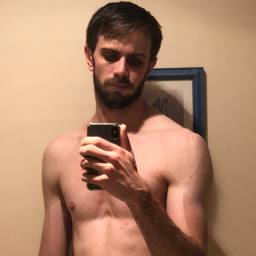 alexcu21 Subscribe Unsubscribe 1705
1522687
1705 341
You have already voted for this video.
Alex🇦🇺 Periscope User Stats This is Alex🇦🇺s periscope stats website page.
Alex🇦🇺 Periscope User Stats
http://www.periscope.tv/alexcu21
This is Alex🇦🇺s periscope stats website page.
Alex🇦🇺 created profile on 2015-07-12 Time 12:07:20 and last update profile time is .
Alex🇦🇺 total followers is 1705 and Alex🇦🇺 total following is 341 .
Alex🇦🇺 twitter nickname is BlackParade1994.
Alex🇦🇺 is SnapChat: alexcu21 [email protected]
Periscope About
Just over a year ago, we became fascinated by the idea of discovering the world through someone else’s eyes. What if you could see through the eyes of a protester in Ukraine? Or watch the sunrise from a hot air balloon in Cappadocia? It may sound crazy, but we wanted to build the closest thing to teleportation. While there are many ways to discover events and places, we realized there is no better way to experience a place right now than through live video. A picture may be worth a thousand words, but live video can take you someplace and show you around.
Its the first major hurricane of the Periscope era. People in the path of Hurricane Matthew in Florida are using mobile live-streaming to show pounding rain, swaying trees, downed power lines and flooded roads -- sometimes for tens of thousands of viewers. The Category 3 storm packed winds of more than 100 mph as it lashed Floridas Atlantic coast, causing Walt Disney World to shut down. Conditions are so dangerous that authorities have urged or ordered people to evacuate some areas. But those who decided to ride out the storm are using their phones to document it for the world. Some of the streams that CNNMoney spotted Friday morning came from Periscope users in Miami, Orlando, West Palm Beach, Cocoa Beach and Coral Springs. The videos, which are archived online after a live broadcast ends, last anywhere from 30 seconds to more than an hour and a half. Most of the shorter streams have only a handful of people watching, but longer videos, like one from storm chaser Jeff Piotrowski, have attracted more than 92,000. A spokeswoman for Periscope said the company doesnt know exactly how many people have been sharing live video, but it has set up a dedicated channel for Hurricane Matthew live-streams. LIVE on #Periscope: Live Cape Canaveral FL. #flwx #matthew https://t.co/o07zTg9mzQ — Jeff Piotrowski (@Jeff_Piotrowski) October 7, 2016 Related: Disney closes theme parks as Hurricane Matthew approaches Periscope is a mobile video streaming platform acquired by Twitter (TWTR, Tech30) last year. Along with the now-defunct Meerkat, the app helped make live-streaming accessible to anyone with a phone. Users can start a public or private broadcast, and viewers can send comments as they watch. Facebook (FB, Tech30) launched its own version, Facebook Live, earlier this year and has been making a huge push to get people to "go live" and watch live videos. As more people started using the tool -- to document mundane parts of their day or wacky costume purchases -- they also unexpectedly helped capture crimes, causing headaches for the big tech companies. Despite the growing pains, Twitter and Facebook have built convincing platforms for small broadcasters who want a bigger audience. Local TV stations suddenly have the power to distribute their coverage to a wide international audience with the press of a button. In the case of Hurricane Matthew, several Florida stations, including WPEC in West Palm Beach and WSVN in Miami, have been using Periscope and Facebook Live to broadcast their coverage online. One WPEC livestream has had over 700,000 viewers. Related: Related: Hurricane Matthew may be one of most expensive storms in U.S. history As Matthew pounded the state on Friday, several tech companies launched disaster relief tools and services to help people still in the storms path, people who have had to evacuate and travelers who are stuck. Airbnb activated its Disaster Response Tool to arrange free emergency lodging for displaced people. Google (GOOGL, Tech30) turned on its Crisis Map, which lays out the storms path and publishes public announcements. And Facebook switched on its Safety Check feature. CNNMoney (New York) First published October 7, 2016: 12:54 PM ETPerisearch,Periscope Profile

33
Beautiful Perth skyline from the boat

57
Something special from Australia

52
Just finished first time back at the gym since America

72
The liquid of gods

131
Brisbane Hotel, I made it alive

72
This is goodbye America for me