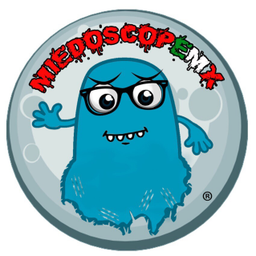 MiedoScopeMx Subscribe Unsubscribe 8426
14353329
8426 1
You have already voted for this video.
MiedoScope Periscope User Stats This is MiedoScopes periscope stats website page.
MiedoScope Periscope User Stats
http://www.periscope.tv/MiedoScopeMx
This is MiedoScopes periscope stats website page.
MiedoScope created profile on 2016-06-16 Time 23:18:15 and last update profile time is .
MiedoScope total followers is 8426 and MiedoScope total following is 1 .
MiedoScope twitter nickname is MiedoScopeMx.
MiedoScope is Soy Julio Flores Hablemos de historias de lo Paranormal 💲Paypal [email protected] Youtube.com/c/miedoscopemx Contacto:[email protected]
Periscope About
Just over a year ago, we became fascinated by the idea of discovering the world through someone else’s eyes. What if you could see through the eyes of a protester in Ukraine? Or watch the sunrise from a hot air balloon in Cappadocia? It may sound crazy, but we wanted to build the closest thing to teleportation. While there are many ways to discover events and places, we realized there is no better way to experience a place right now than through live video. A picture may be worth a thousand words, but live video can take you someplace and show you around.
Yup, Periscope is still a thing: Twitters live video streaming service just announced some new discovery features to make its web portal to the world more useful. Taking a page out of the aging but still successful broadcast TV playbook, Periscope is offering up sets of "curated channels." Some are hashtag-driven, like #Music, #Food, #Art and #Travel -- those will be updated whenever some goes live on Periscope. Another set of channels will focus on current, planned events, like the presidential debates, and the last category of channels will be created as breaking news warrants. Thats for things like the recent protests in Charlotte, NC. Digging into the latter groups of channels will surface both live broadcasts as well as completed videos that you can replay. Scrolling over a video will start a preview that you can watch, and clicking it will launch the full recording. This is all well and good, but Periscope remains a mobile-first app, so most people are probably still going to interact with the service on their phones. But if youre the kind of person who wants to kick back and see what kind of crazy stuff people are chatting about at any given moment, Periscopes redesigned website is as good a choice as any.Perisearch,Periscope Profile