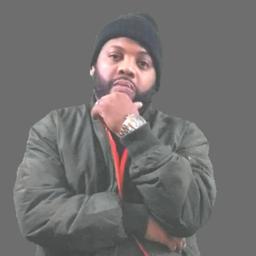 DJKeyz410 Subscribe Unsubscribe 2039
3585038
2039 462
You have already voted for this video.
DJ KEYZ (Keyz2theCity) Periscope User Stats This is DJ KEYZ (Keyz2theCity)s periscope stats website page.
DJ KEYZ (Keyz2theCity) Periscope User Stats
http://www.periscope.tv/DJKeyz410
This is DJ KEYZ (Keyz2theCity)s periscope stats website page.
DJ KEYZ (Keyz2theCity) created profile on 2017-02-27 Time 20:32:09 and last update profile time is .
DJ KEYZ (Keyz2theCity) total followers is 2039 and DJ KEYZ (Keyz2theCity) total following is 462 .
DJ KEYZ (Keyz2theCity) twitter nickname is djkeyz410.
DJ KEYZ (Keyz2theCity) is | www.djkeyz410.com | [email protected] | Twitter: @djkeyz410 | IG: djkeyz410 | Cash App $djkeyz410
Periscope About
Just over a year ago, we became fascinated by the idea of discovering the world through someone else’s eyes. What if you could see through the eyes of a protester in Ukraine? Or watch the sunrise from a hot air balloon in Cappadocia? It may sound crazy, but we wanted to build the closest thing to teleportation. While there are many ways to discover events and places, we realized there is no better way to experience a place right now than through live video. A picture may be worth a thousand words, but live video can take you someplace and show you around.
Live streaming is the social media trend these days. Social media plays an undeniably important role in digital marketing. In order to remain competitive and relevant, innovative marketers must keep an eye out for what’s new, what’s hot, and what’s trending on the social media platform, and should also incorporate these new ways of connecting and communication into their strategies in order to attract more users. The live streaming world now has a strong hold on social media platforms. It all started out with Meerkat, escalating with Twitter Inc.’s (NASDAQ:TWTR) Periscope Producer, which caught the attention of Alphabet Inc. subsidiary Google’s video streaming venture, YouTube, and Facebook Inc. (NASDAQ:FB). Gaming enthusiasts have been creating live videos for a long time now, but have not had the appropriate apparatus set up; accounts was a challenge as well, until now. Now, with the availability of two big live streaming giants – Facebook Live and Periscope Producer – users can now stream live videos from their mobile phones, whenever and wherever they want. Definitely, live video is here to stay, and the figures prove it. For businesses, in particular, live streaming videos is a great method to reach out to more potential consumers. Both Facebook Live and Periscope Producer enables businesses to build stronger and healthier relationships with their customers by offering intimate and exclusive aspects into the businesses’ culture, promotions, and management. However, in addition to this, live streaming also allows easy means of communication and interaction with the target audience (which is not the case with traditional advertising), getting instant real-time feedback concerning the company’s services and products on offer. People spend three times longer watching a video which is live compared to recorded ones, according to Social Media Today. In the early 2015 timeframe, Periscope was acquired by social media giant Twitter even before its launch, surprisingly. The app attracted around 10 million users within the first four months of its launch. According to The New York Times, in December 2015, the live streaming app was declared “App of the Year” by Apple. Users can easily broadcast on their Twitter and Periscope accounts simultaneously. The app is very simple to set up, and is considered great for impromptu live streaming of events. With a user friendly interface, it is easy for followers to like a video, exchange links, or comment on the ongoing live event. The easy-to-use chat function enables viewers to ask questions or even comment on the event. The live streaming app also has an option via which followers can invite other users to watch the live event, which lasts for as long as the broadcaster wishes – but look out for your device’s battery life! Live streaming sessions are permanently stored on Periscope, unless users decide to limit the stream to 24 hours only, after which they get deleted from the broadcaster’s channel. The integration of the social network Twitter allows users to link their tweets to their broadcasting sessions, but sadly, the direct integration to Twitter has one flaw, a larger audience means more spam comments. In response to the increasing demand of live-streaming platforms, Facebook launched its own version of live streaming app with “Facebook Live.” The app was seamlessly built into Facebook’s current app, allowing users an easy, hands-on approach for broadcasting to their friends and followers without having to leave the app. “Live is like having a TV camera in your pocket. Anyone with a phone now has the power to broadcast to anyone in the world,” said Facebook CEO Mark Zuckerberg in one of his Facebook posts. With live streaming as a priority in news feeds, the app is outperforming its potential competition in terms of both consumption and reach. Followers get an instant notification when a broadcaster they follow goes live. Plus, good metrics show peak viewing times of broadcasts, enabling the broadcaster to decide when and where to start his broadcasting to target the masses. The audience can engage with the events via Facebook reactions and comments section. Live videos for Facebook Live are limited to a 90-minutes timeframe, which is not the case with Periscope, as we discussed. These streams are stored permanently on Facebook unless the broadcaster wishes to delete them. The rapidly-growing, latest offering from social media, live streaming, has gained a lot of popularity on major social media platforms such as Twitter and Facebook. While Periscope’s functionality and simplicity has made a firm place in fans’ hearts, Facebook’s unlimited resources and greater reach makes it a better option for companies looking to launch new marketing campaigns. However, news outlets planning to enhance their user engagement consider Periscope as the better choice given its easy integration with Twitter. Perisearch,Periscope Profile